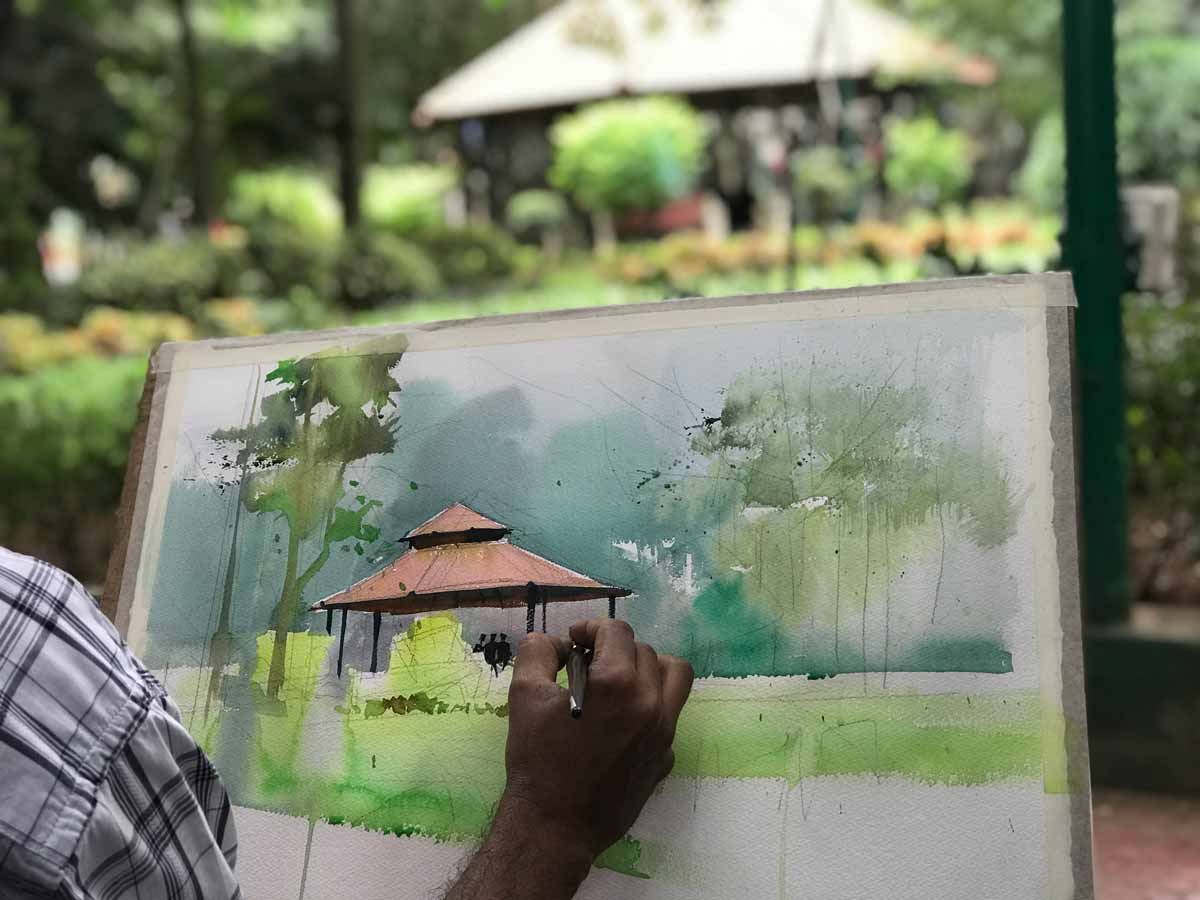 By Payal TailorNovember 12, 2021No Comments

Aerial perspective in art that is, also known as atmospheric perspective. In a drawing or a painting, it is a method it creates recession or the illusion of depth.

And it is done by modulating the colours, as when viewed from a distance atmosphere effects the colours of the things as changes are stimulated.

Wavelength is the major component on which the degree of scattering is dependent, and it mainly corresponds to the colour of the light.

To use the gradations in colour and to define and suggest distance, the one that is described in aerial perspective in art.

To make sense of depth in the painting and the effects of space that are imitated which would make the objects look more pale, blue or hazy.

It is a kind of pictorial technique and because of this, the depth of space can also be marked and it can be marked by the progressive gradation of colour and the contours that are gradually softened. And it is applied majorly to the landscape.

The studies of aerial perspective in art were started by Leonardo da Vinci, he started it when it was discovered that air is not a completely transparent medium, and when the distance is increased from the point of observation.

Then the contours of the far off distance become more nuanced, colourless and hazy and their range is also towards blue.

The air is much denser when it is close to the ground, and as the height increases it becomes transparent and hence, mountains would appear sharper in the higher parts.

The 4 elements of aerial perspective in art:

To perfect the visual impact of aerial perspective in art as well as to create the illusion of depth and distance.

• When the object is further away from the observer, then the size of the object becomes smaller.

• When the object is moved away from the observer, the details of the object decreases.

• When the object is moved away from the observer. The tones of the object becomes weaker.

• When the object moves farther away from the observer, the colours of the object fades away gradually.

And when you keep these elements of aerial perspective in art in your mind, then a layered landscape drawing could be made. The illusion of distance and depth is created by the graduating colours and tones as you will be building the layers.

In three different parts of the painting, you have to think about the play of the tones and colours. When you apply this technique in a landscape drawing.

When drawing, two sources of light in the natural world add the visual effects of aerial perspective, the sun and the atmosphere.

And on the landscape the sun casts a stark light, while diffused light is being produced by the atmosphere that would cast an even light over a broad expanse of space.

Pencil and Chai Fine Arts Gurukul is a place where you can learn various new courses and have hands on experience in different arts! All your skills will be furnished! So enrol yourself now!